Hello to you all, I can not believe the kind messages I’ve received from you lovely people.
Well today is Sunday and Charlie is lying on the sofa…still quite poorly.

This is the strangest thing, he was absolutely fine on Thursday, I went out to work and Hubby was home with the pup. Then when Hubby went to answer the door Charlie went with him and sat by his side and suddenly let out this terrible cry, and he just wouldn’t stop, he lost control of his front legs and his head was hanging down, he was trembling all over and yelping, my poor husband didn’t know what to do, he was totally helpless.

Then on Friday morning it happened again and I witnessed it, it was so distressing, it was as though Charlie was receiving an electric shock that wouldn’t stop, and his head was hanging down and being drawn round to his side – he was all doubled up and in such agony….poor little soul, needless to say we were at the vets within the hour.
The vet examined his backbone and found the sore bit (more screaming) he mentioned something about Spinal Cervical something or other and has put him on very strong painkillers for 4 days and then dropping the dose after that and we’re to ring if anything changes. We brought him home and he had another episode that afternoon. On Saturday he had two bouts and that was it, I rang in sick, I couldn’t go to work til midnight and leave him on his own, what if he had an attack and I wasn’t there, he would be so scared? I felt so daft on the phone to my boss saying I couldn’t go to work because of a dog, but I’ve invested 11 years in this dog and just over 3 months at my job!! I KNOW which is more important!! Any other dog lovers out there will agree with me I’m sure. 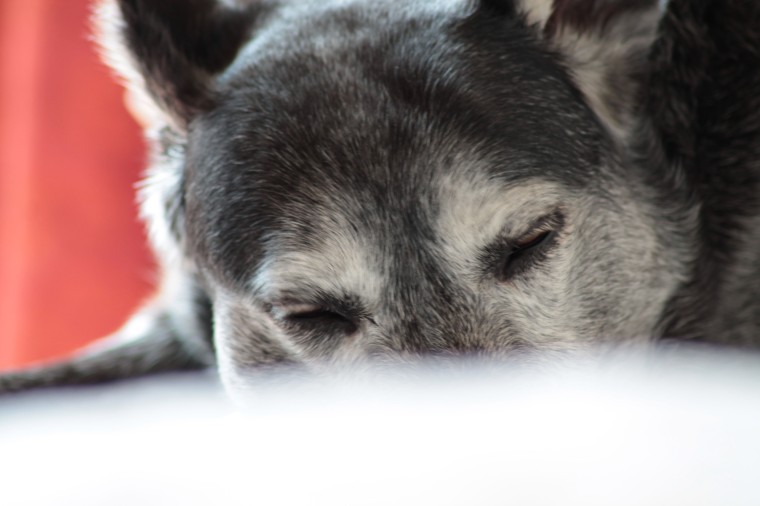 I fed Charlie last night at 4pm then he went to sleep – he didn’t move until 9 this morning, he didn’t even go out for a wee!! I slept in the lounge with him last night, comforted by his breathing. I thought I was going to lose him. This morning he was a little perkier and has had a very short lead walk and has gone back to sleep! At least when he’s asleep he’s not in pain.

I would just like to thank you all for your lovely messages, you really are so kind.  I’m sure he’ll be back on his feet in no time and running rings around me…I certainly hope so, we’re due to go on holiday next week, as you know his passport is ready!!
I went and laid in the sun (yes it’s put in an appearance!) and thought I would take a photo of the leaves of the Maple I have as it’s so pretty…when there I saw the following…now to you people who live in warmer climes this probably is nothing special but for us Brits who have suffered with all the rain, and the only garden visitors I’ve had lately are slugs! This was a really lovely surprise! 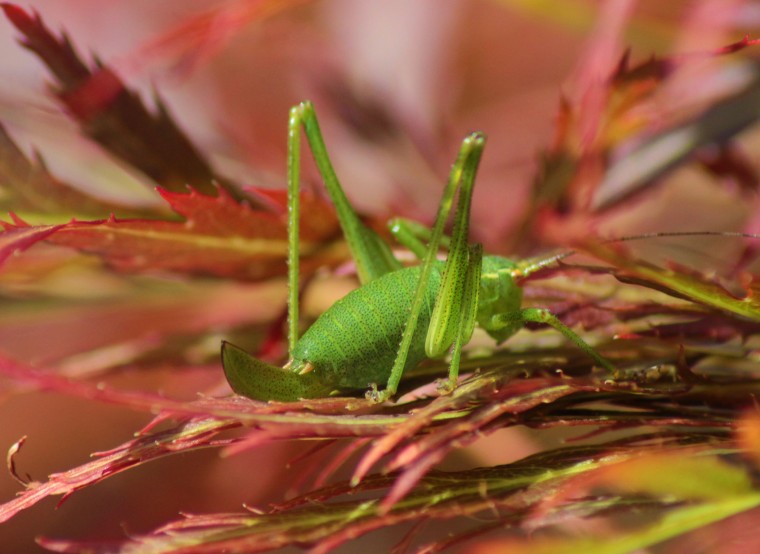